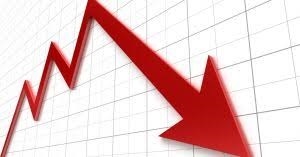 How low can it go?

The bond market may not be the most interesting thing to study in economics, but it has an outsize effect on just about everything that has to do with money. Since the pandemic hit earlier this year, interest rates across the board have taken a serious downturn. The Federal Reserve took the fed funds rate to virtually zero in late March of this year. The fed funds rate sets the base for the rest of the yield curve and now we can see that effect in instruments like corporate and municipal bonds, CDs and treasuries.

This is a long-term chart of the US 10-year treasury yield going back to 1962. It is currently at .70% - the lowest ever. And the same is true with many of the higher quality instruments including longer-dated treasuries, AAA corporate debt, average 30-year mortgage rates, and others.

So, with rates so low, it might seem logical that they will have to go back up. And they might. But nobody knows when. A more interesting question is… can they go any lower? If they did go lower, to any significant degree, we would be looking at negative rates. What does that even mean?

Remember that all of these are debt instruments, basically loans. So normally a lender provides funds and a borrower takes the funds and pays interest to the lender, eventually returning the principal amount. Negative rates happen when the lender pays the borrower to take the funds. It sounds upside down, but we have seen negative rates creep into yield curves around the world over the last several years, mostly in the Eurozone and Japan.

The Federal Reserve chair, Jay Powell, recently was quoted as saying negative rates were not “an appropriate” tool here in the USA, while also saying the current low rate environment would likely be extended. But other fed economists have made an argument for negative rates being necessary in different projected scenarios.

We do not know for sure what the future will bring, of course, but interest rates are historically low now and will probably remain that way for some time.