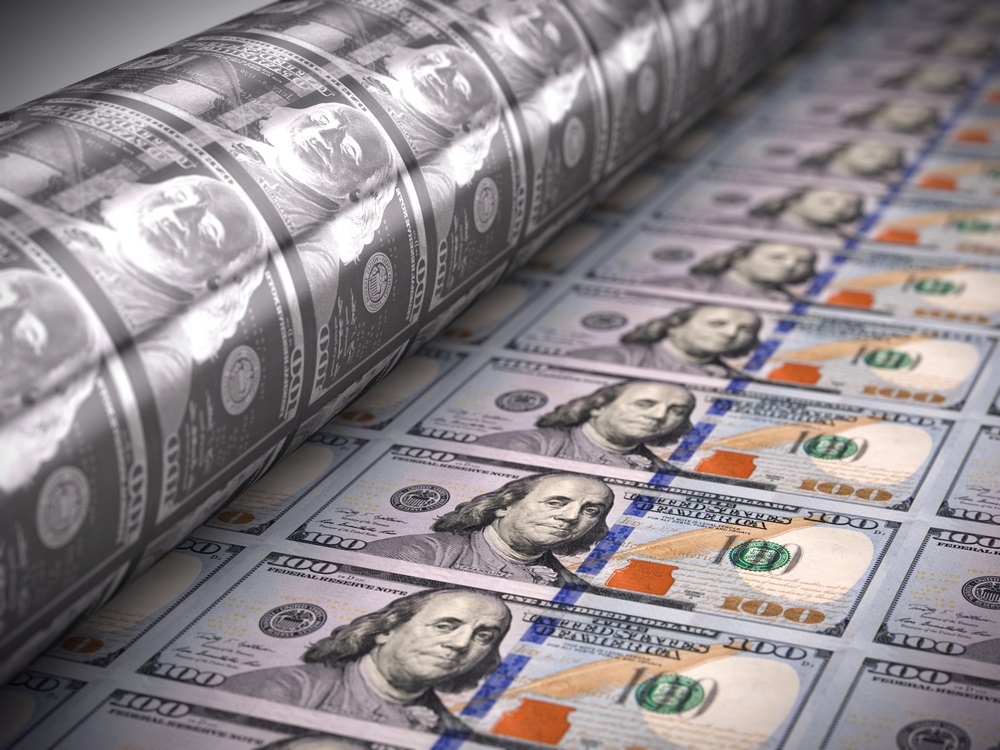 Federal Reserve Chair Jerome “Jay” Powell made some interesting remarks in a 60 Minutes interview last Sunday, including promises of further support for the economy from the Fed. But he was also blunt about his reading of current economic conditions. You can read the transcript here: https://www.cbsnews.com/news/full-transcript-fed-chair-jerome-powell-60-minutes-interview-economic-recovery-from-coronavirus-pandemic/ or watch it on the CBS website.

At one point in the interview, Powell says the Fed is “printing” money – digitally – in a huge effort to support the economy. That comment has sparked a lot of debate. So, what does that even mean?

The Federal Reserve, the US central bank, is responsible for the supply of US dollars. Of course, that means the $100s, $50s, $20s, $10s, etc. in circulation, as well as coins. It also includes the supply of money that businesses around the world use for their transactions. According to the Fed website, at the end of April $1.8 trillion was in circulation, out of a total base of a little over $17 trillion. That’s a lot, but you have to remember the US dollar is the world’s reserve currency with an estimated 60% of global transactions settling in US dollars.

The big question that comes up for most people when they hear this relates to inflation. Won’t all this money printing cause inflation? Indeed, this was a big concern the last time the Fed kicked monetary stimulus into high gear during the financial crisis of 2008-2009. But we saw almost no inflation then and really haven’t since.

It is a great debate between economists. The likely reason inflation has remained low has to do with the velocity of money; simply how many times a given dollar exchanges hands. When the Fed prints all this digital money, it actually runs it through the banking system. But it is not given to banks. They are required to buy a certain amount of bonds issued by the treasury department, which then become capital that can either be lent out or sit as bank reserves.

So the velocity function ultimately comes down to banks making loans, which is a function of the real economy. Unless there is a business willing to borrow and a bank willing to lend, a lot of that money just sits idle. When you multiply that by thousands and thousands of businesses and hundreds and hundreds of banks, you get a certain amount of economic activity. You can imagine that velocity is currently pretty low. In fact, for the first quarter of 2020, the Fed reading on velocity of 1.37 was the lowest ever.

But as Jay Powell pointed out in the interview, this crisis is not a financial crisis. It’s a health crisis, really a natural disaster, albeit it on a global scale. So, although the current quarter is likely to be “very, very bad,” as businesses reopen and the economy begins to recover, things will pick up. He wouldn’t make a prediction as to when things will get back to where they were at the beginning of the year, but he did predict growth in the economy in the third and fourth quarters.

As for when velocity picks up enough to become a factor for higher inflation? That may take a lot more time. The Fed reading on velocity has been grinding lower since the late 90s, with only small occasional ticks upward. The debate for economists on that question will be ongoing. You can see the chart here: https://fred.stlouisfed.org/series/M2V.

The opinions voiced in this material are for general information only and are not intended to provide specific advice or recommendations for any individual. All performance referenced is historical and is no guarantee of future results. All indices are unmanaged and may not be invested into directly. The economic forecasts set forth in this material may not develop as predicted and there can be no guarantee that strategies promoted will be successful. The companies presented here are for illustrative purposes only and are not to be viewed as an investment recommendation.